Question: What niches can be discerned in Barack Obama's and John McCain's merchandising? How do the two stores classify target groups and constituencies differently? 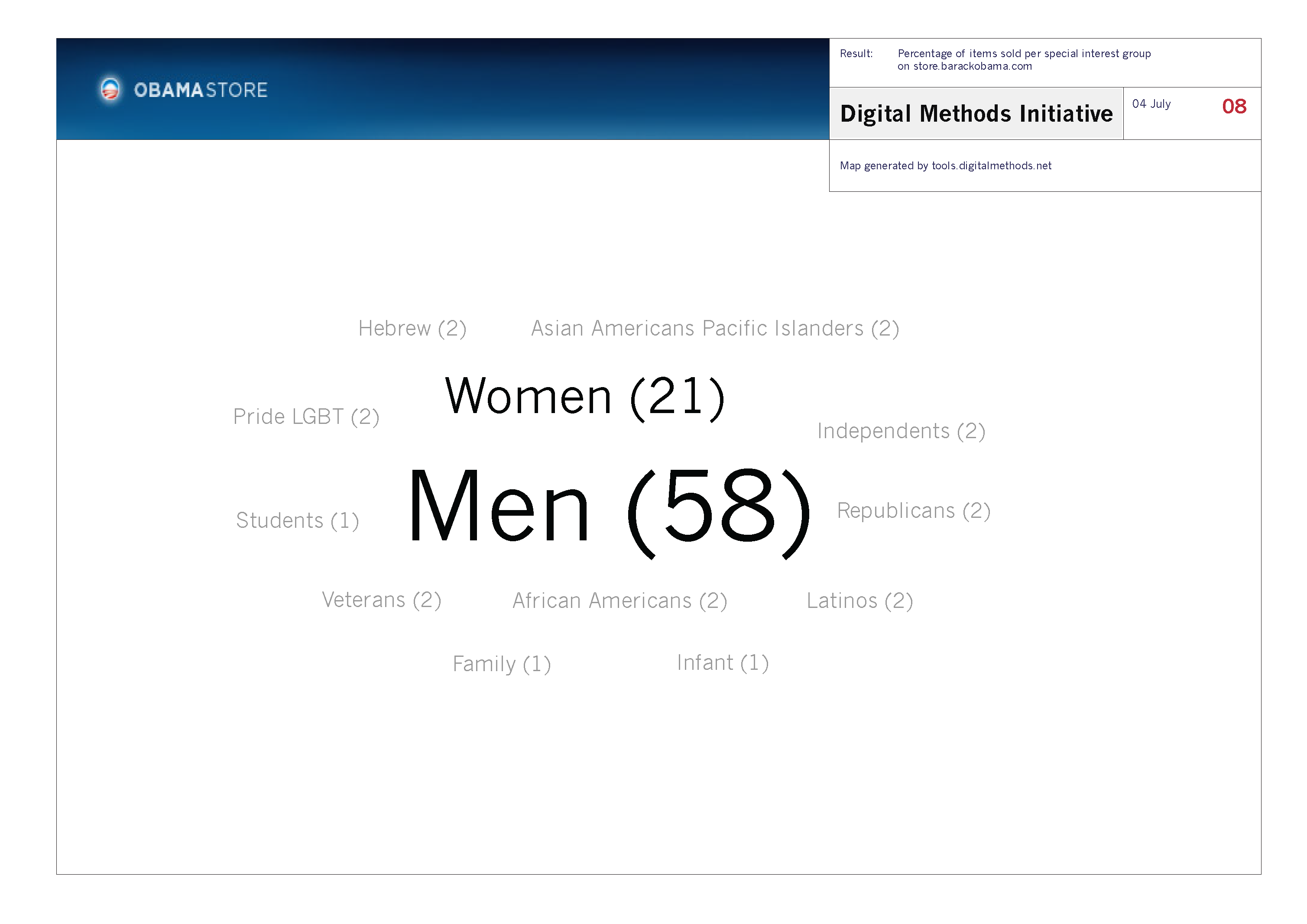 We can see a general distinction between male and female articles. In contrast to Obama's People menu bar and the sidebar - where he distinguishes between different types of voter groups/constituencies - available t-shirts display a more general approach. "Men" is the only unnamed constituency on the rest of the website, even though they represent the biggest group addressed by the store. The Obama website focuses on specific target groups and constituencies while the store takes a very general male/female approach. There are hardly any products targeted at the other constituencies. McCain store tagcloud: 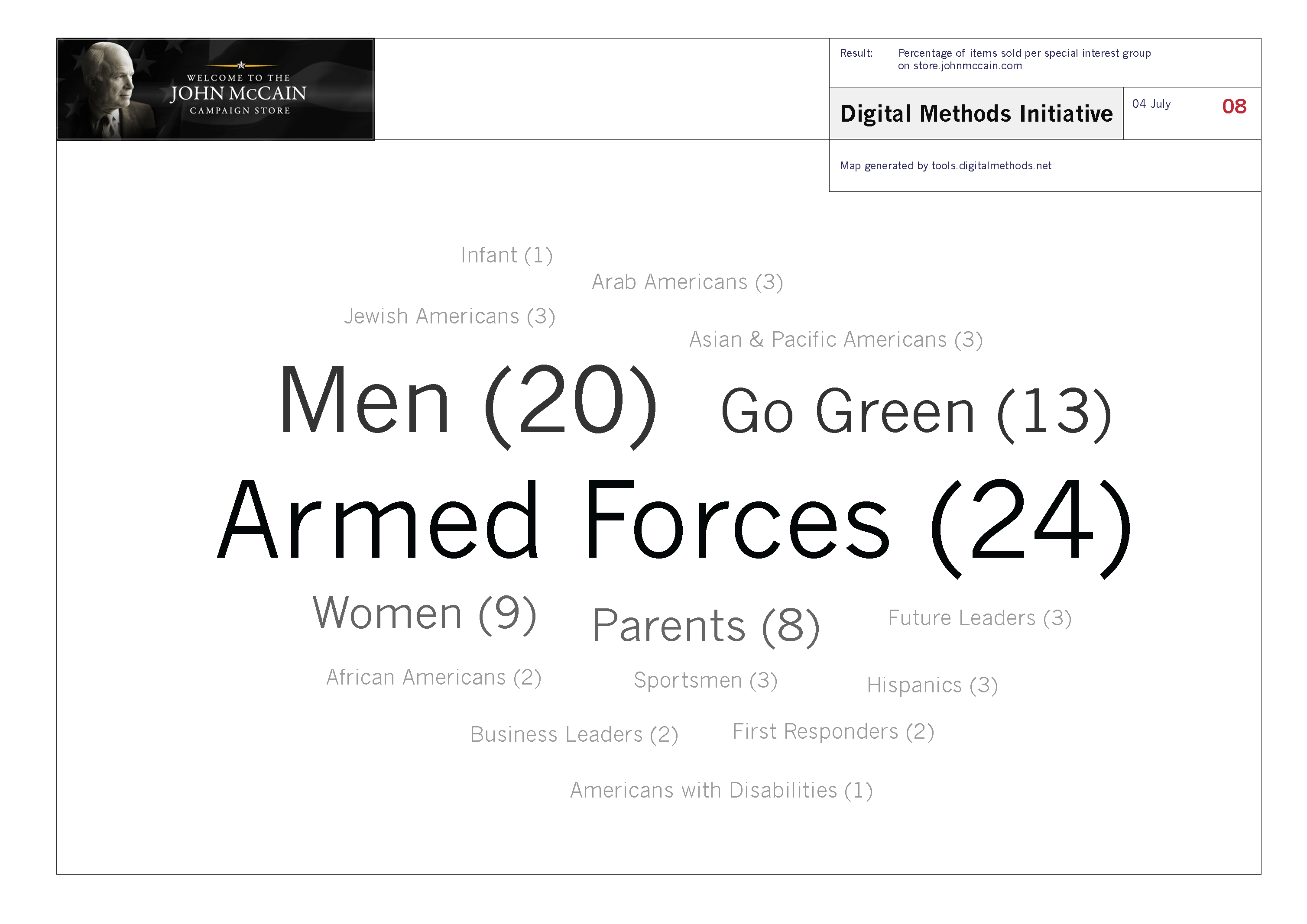 Differences between John McCain and Barack Obama stores The biggest difference between McCain and Obama is that the McCain store has a larger set of categories. What is especially interesting is that the merchandising divides the American people into 14 groups of which 11 of them are grouped under ‘collations apparel.’ The largest amount of merchandise is directed at the ‘Armed forces. ‘This is partly caused by the great number of subgroups and each subgroup targeted by subgroup-specific merchandise. The name of the category suggests that it is merchandise made for active armed forces, however when you look at the objects themselves you see that they are meant for veterans. A veteran himself, it is clear McCain sees this group as a top merchandising priority. McCain's customized ‘collations apparel’ distinguishes between 11 groups of different ethnicity, faith, sex or occupation. While Obama makes a similar detailed, constituency-specific set of appeals, these occur on the campaign homepage rather than in the store. Obama's store does focus in particular on two constituencies - Women and Students - with specific products sold in the general categories (e.g. Shirts). This is in contrast to the McCain store where constituency-specific objects are variations on single generic items. Customization in this case means altered color and text - beyond that the objects (e.g. t-shirts, stickers) are the same. Also of note is the large number of environmentally-friendly McCain products. In the Obama store, merchandise is primarily targeted at men, with women being the second most targeted group. Moreover, the general sense of the Obama store is that the campaign is particularly interested in image objects, with a depiction of Obama’s face a recurring theme. However, when we calculated the percentage of image objects in McCain’s and Obama’s stores, we came to conclusion that there was very little difference between the campaigns. Ten percent of Obama’s merchandise featured his image, while McCain's image is present in six percent of his campaign merchandise. Still, the consensus among the researchers was that Obama's merchandise is more image-centric and focused on iconisation.