The image and slogan of Aruba is "One Happy Island". Our research aim was to test how happy the island really is. Research Question: To what extent can Aruba be considered a happy island? What are the issues of it? More generally we tried to identify methods of studying a country through facebook.

On the basis of Facebook status updates we aimed to identify the sentiment of the Arubian Facebook sphere.

We coded 1000 of 3000 Facebook status updates, using the keyword "Aruba". The software we used to collect and code the data was DiscoverText. The updates were coded as positive/neutral/negative. The remaining 2000 updates classified automatically. Unfortunately the classifier did not work, with a large proportion (60%+) of the items automatically classified as negative being wrong. The negative status updates found were again categorized to find Arubian issues debated on Facebook. 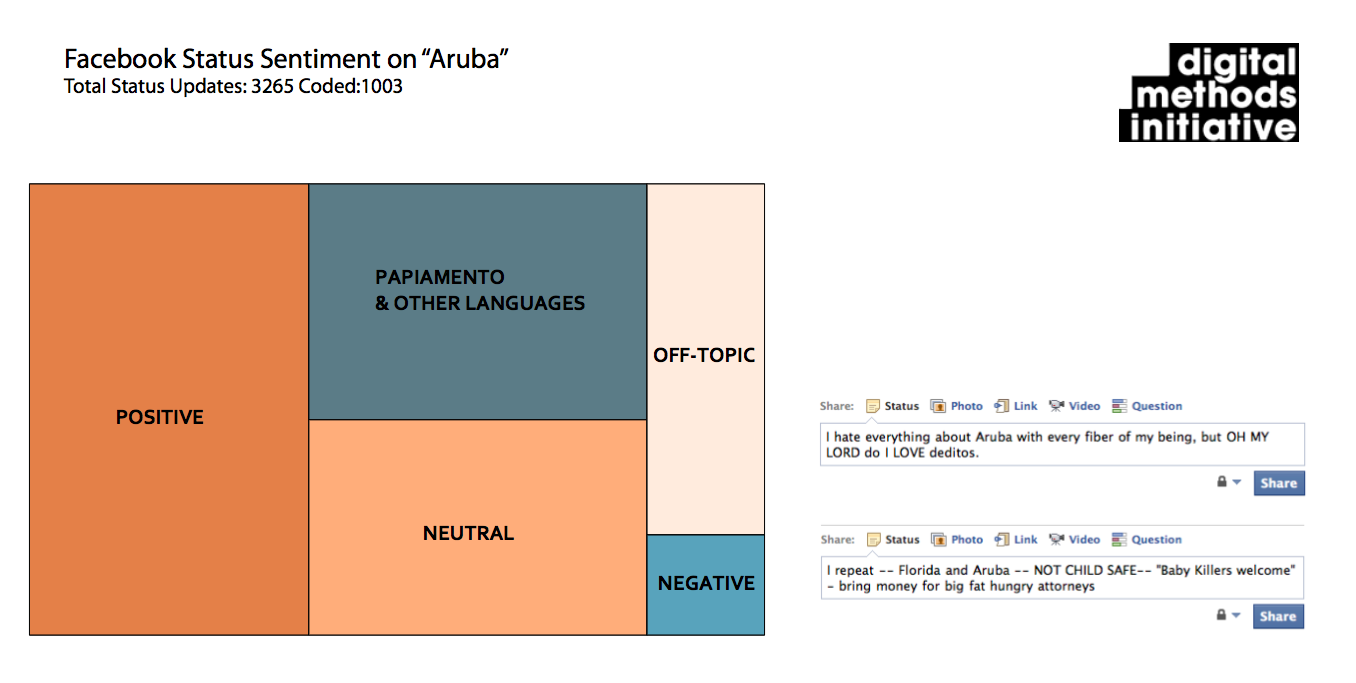 On the basis of Tweets we aimed to identify the sentiment of the Arubian Twitter sphere.

We coded 1000 of 3000 tweets, collected over a period of two days using the keyword "Aruba". The software we used to collect and code the data was DiscoverText. The tweets were coded as positive/neutral/negative. The remaining 2000 tweets classified automatically. Unfortunately the classifier did not work, with a large proportion (60%+) of the items automatically classified as negative being wrong. The negative tweets found were again categorized to find Arubian issues debated on Twitter. 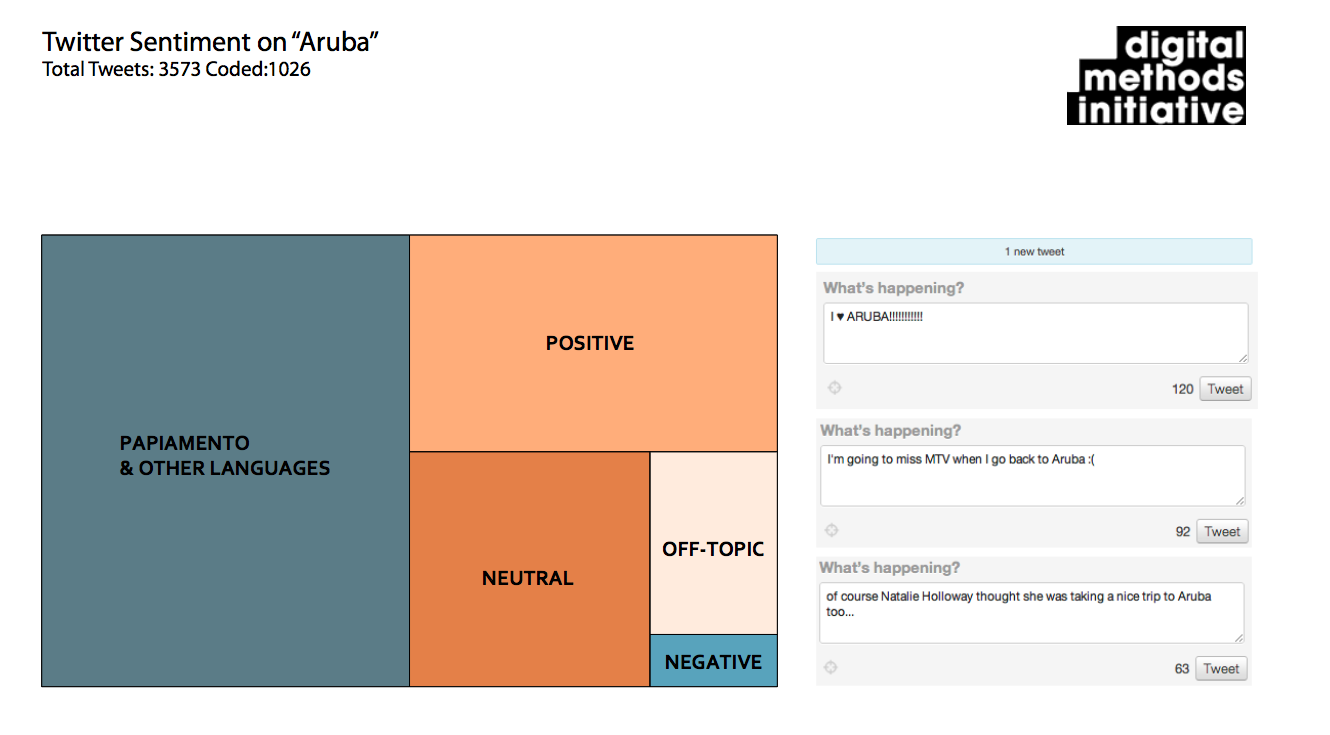 Following the most popular (according to Google) Facebook pages and groups we aimed to identify the relevant debates in the Arubian Facebook sphere. 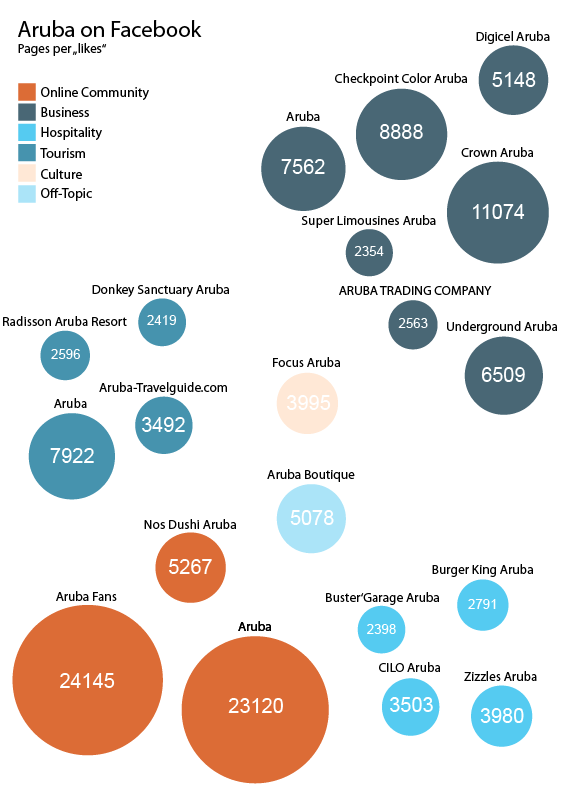 Mapping the outlines of the Discourse About Aruba on Facebook

Looking for issues related to Aruba on Facebook (following a grounded approach), we run into two big topics: 1) The case of Natalee Holloway and her (purported) killer Joran Van Der Sloot; 2) Virtual petitions for boycotting Aruba, mainly due to the Holloway case. We split the topics in order to obtain four main topics suitable for big used heuristics categories: ‘Holloway’, ’Van Der Slot’, ‘Boycott Aruba’, ‘Anti-Boycott Aruba’. After that we collected all the Facebook’s pages and groups containing the afore-mentioned keywords. In this way we have been able to map the general discourse about Aruba on Facebook. As the Bubbles and the Tag Cloud show, we discovered that “Van Der Sloot” is the most prominent topic within the discourse about Aruba on Facebook, and that this discourse is mainly deployed in English - which is not the official language of Aruba. 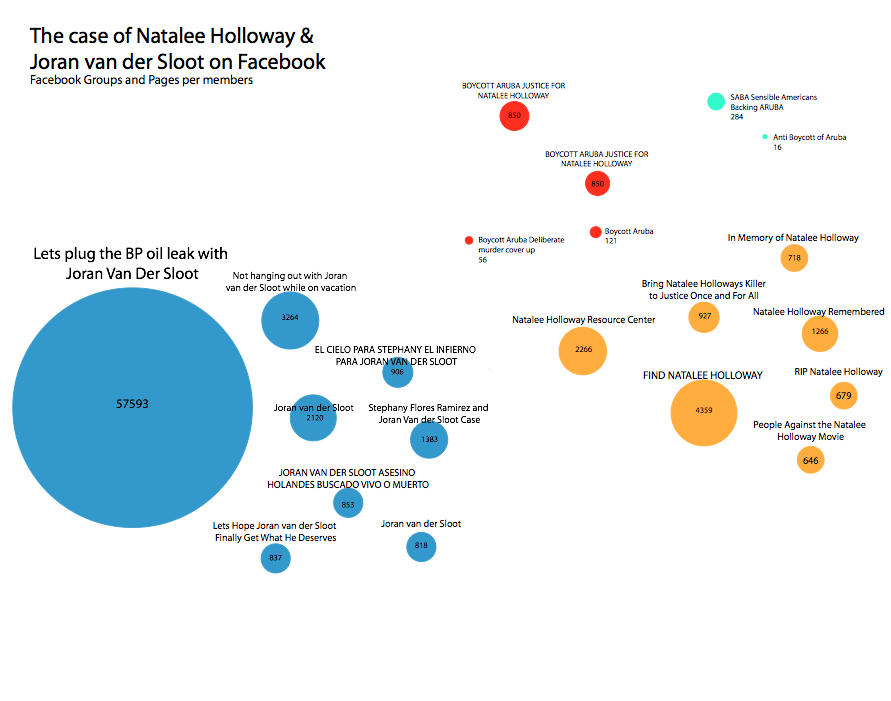 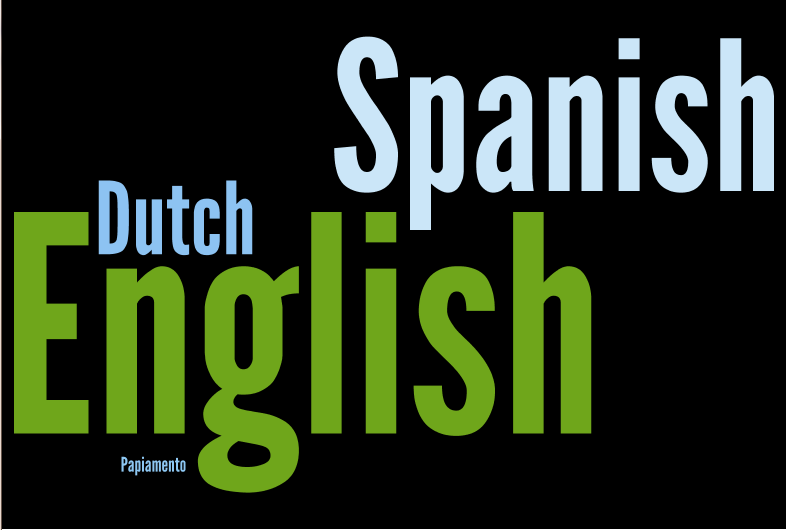 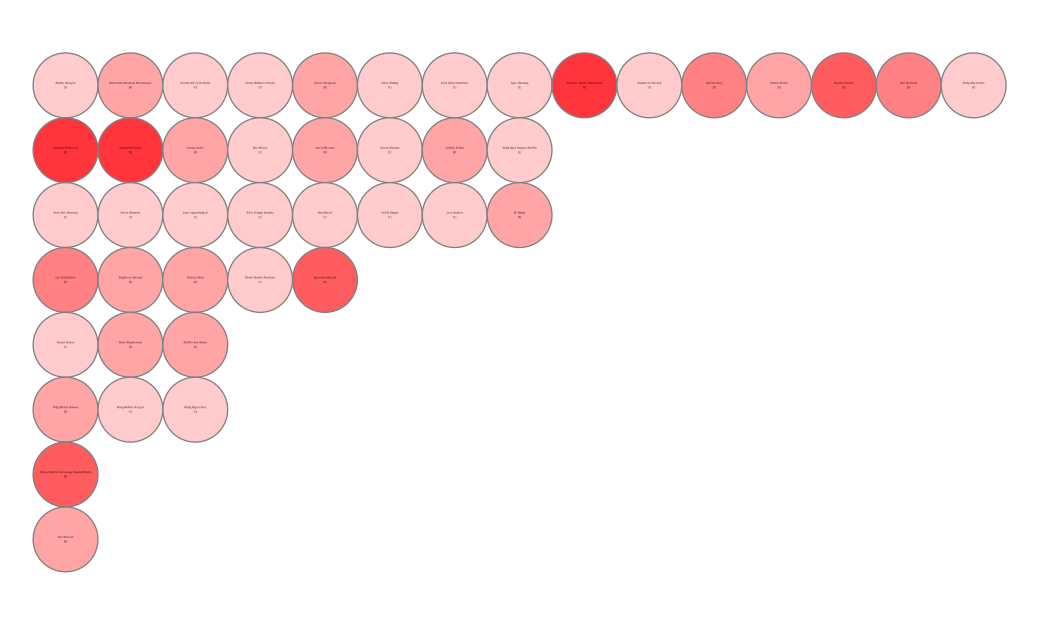 "All publicity is.. wait, he did what!?" Aruba in the Natalee Holloway Case

What image of Aruba emerges in relation to the 'Natalee Holloway' case on issue related facebook groups and -pages?

1 step: we queried Natalee Holloway & Joran van der Sloot in Facebook and collected all groups and pages related to the issue 2 step: we analyzed titles of all groups and pages according to the number of members/ likes, language, attitude, stance and collective action 3 step: we zoomed into all groups and pages that have Aruba in the title - these were the ones organized around the boycott and anti-boycott of Aruba 4 step: we analyzed the actors posting on these groups/ pages along the categories sex, number of postings, cross-over postings within boycott and anti-boycott groups/ pages and across them (with DiscoverText) 5 step: we coded all wallposts and comments of these groups/ pages along the categories: positive, negative, case-related, not relevant (DiscoverText) 6 step: since we were interested in the image of Aruba that is performed through this case we focused on the positive and negative postings about Aruba and did an in-depth analysis along the categories (Discover Text): - take action against aruba
- destroy aruba
- unsafe aruba
- failed aruba
- other neg. 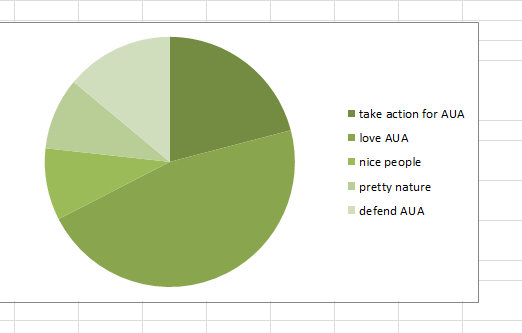 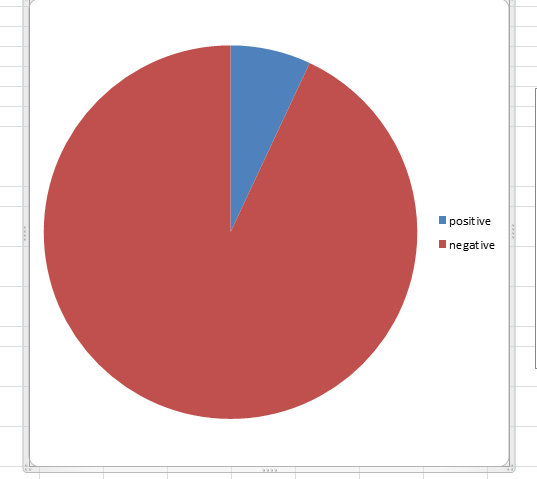 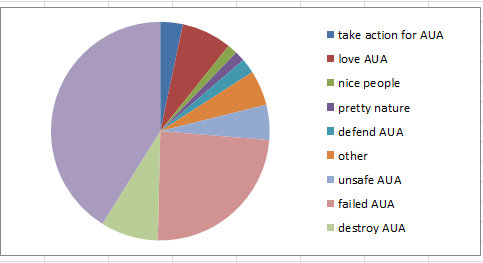 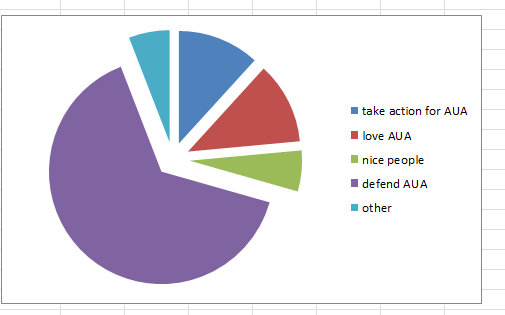